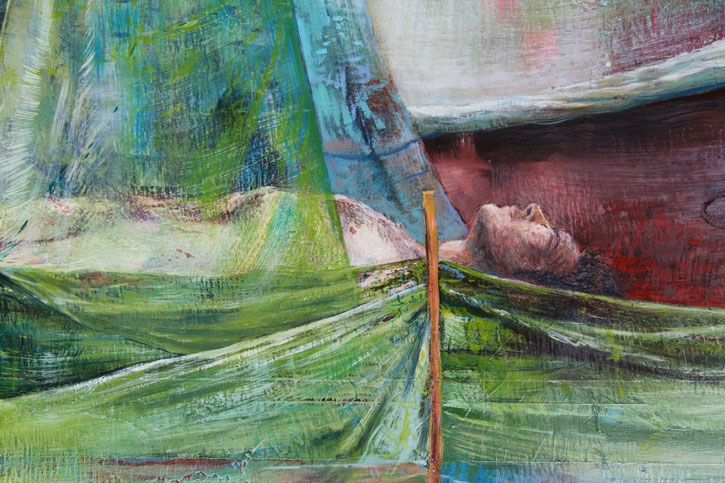 Walter Benjamin, a German Jewish philosopher, purchased a
drawing of Paul Klee’s called “Angelus Novus” (the angel
of history). Benjamin lived through the first world war and took
his life during the Second, shortly after being arrested for attempted
escape from France. Before he died, he wrote about what he called
“a storm from Paradise.” He said, “[The Angel of History’s] face is
turned to the past. Where we perceive a chain of events, he sees one
catastrophe that keeps piling ruin upon ruin…. The angel would like to
stay, awaken the dead, and make whole what has been smashed.
But a storm has been blowing from Paradise. It has got caught in his
wings with such violence that he can no longer close them. The storm
irresistibly propels him into the future to which his back is turned, while
the pile of debris before him grows skyward. This storm is what we call
progress.”

Below are selected works from this series of paintings. An exploration in the process of building–somewhat following the stages of foundation, infrastructure,
superficies, etc. – the interior weight structures become environments in which
to place and consider the human figure among its veils of transparent color.  Moving and
shifting, both figures and buildings awkwardly occupy physical
space. As imaginary portraits of construction, the goal is not to finish
a shiny high-rise or an activity filled skyscraper, but to find some
moment of resolution in the creation process.

For Bread (The inherent freedom of the Human Soul)

For Bread (The inherent freedom of the Human Soul) detail 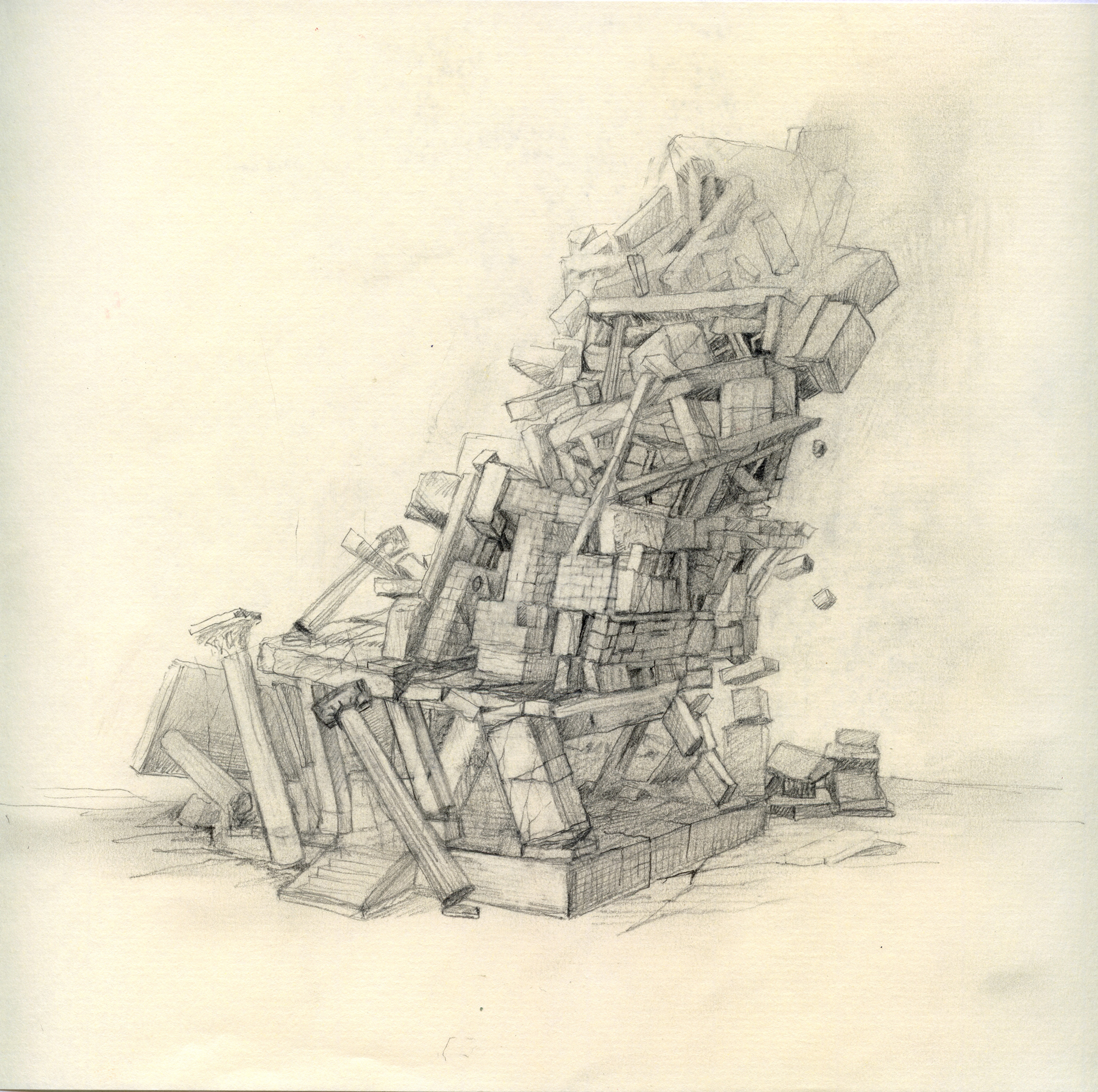 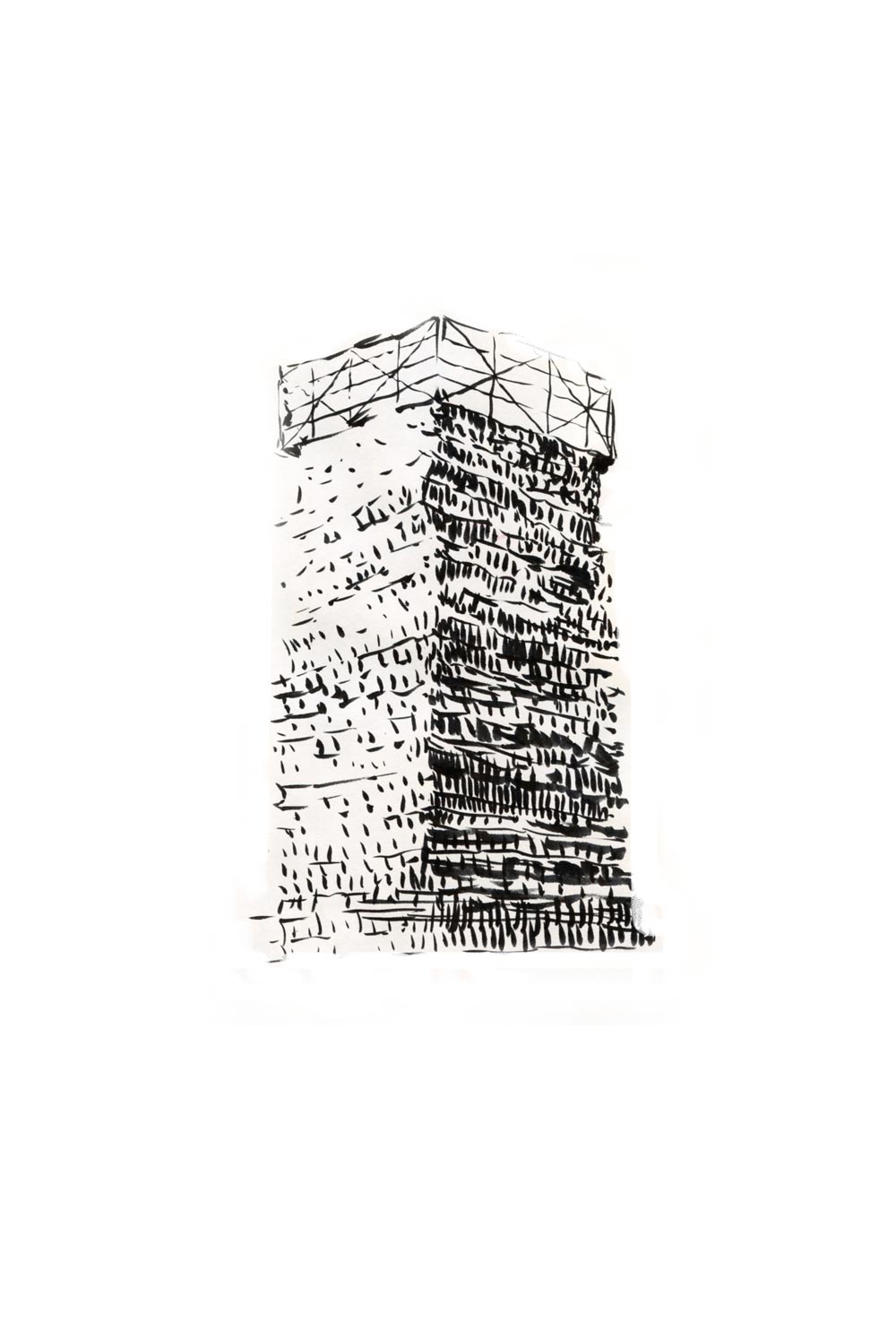 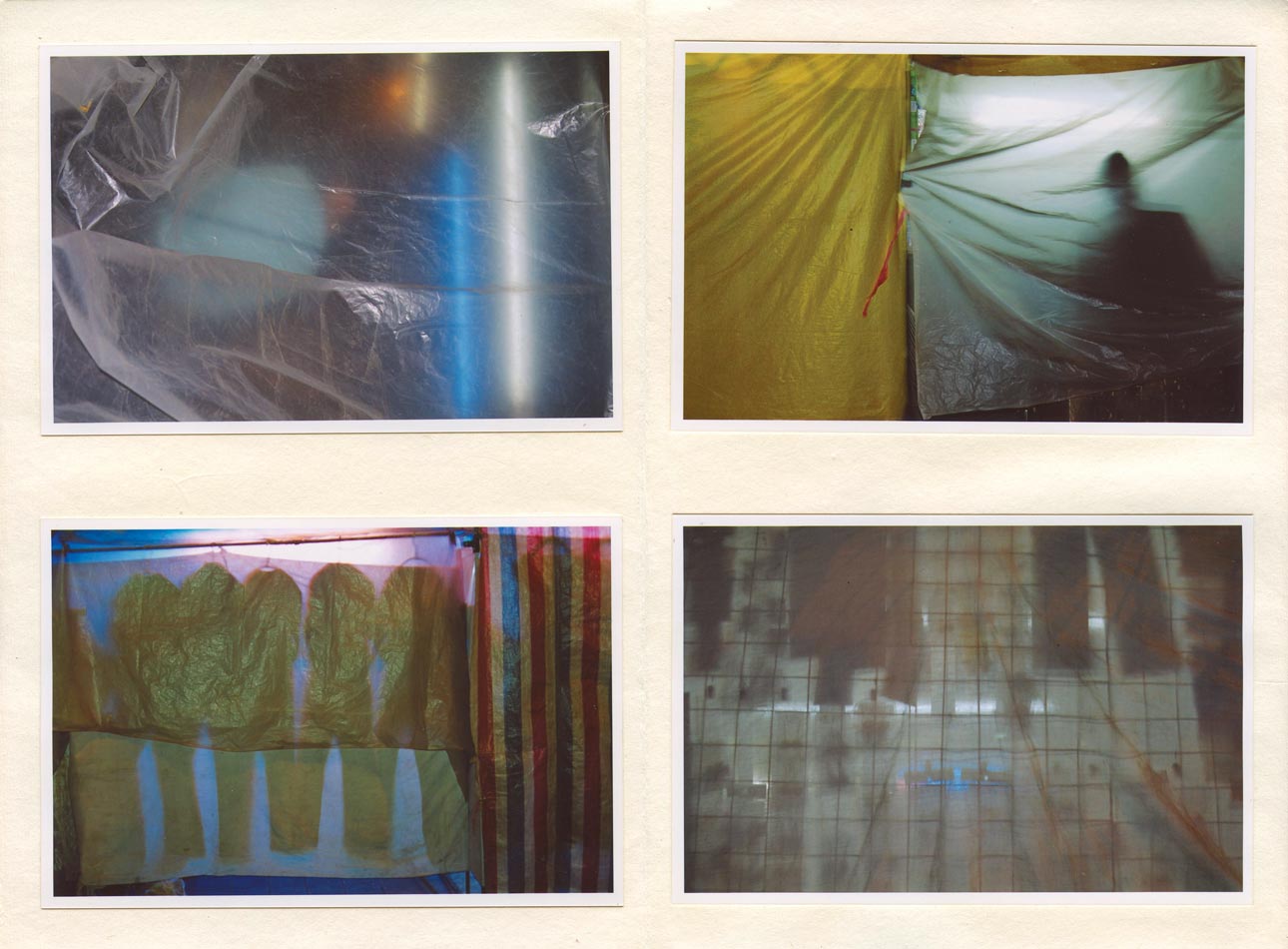