This panel has been going now for years. And years. It began as a simple birch, gessoed with acrylic, and became a sequel to another painting of the same size that depicted a fantastical take on a public execution extrapolated from the days in England when politics and faith pulled people apart between denominations. This panel then became a future glimpse into an otherworldly perspective on such terrors.

I later retired this panel, until I needed something on which to paint the story of Jacob’s wives and family. Having scraped maybe 70% of that painting away, I am left with this pastel palette palimpsest image, intending to reevaluate its figures, and how they are drawn.

The work in this Out of Context show is intended as a bridge for art and community through hospitality. The Prattville Gallery itself is an exercise in hospitality, a vision for the creation of redemptive culture, and a bridge for art and community. The works portray people upside down, roots in bloom, and light in dark. It is out of context because it offers art, which Hans-Georg Gadamer has described as play, symbol, and festival, in the midst of what we experience every day as war, futility, and division. It offers paradox in prayer, and asks for unity in celebration.

This exhibit courtesy of The Prattville Gallery.

This year’s 14th Annual Melrose Arts Window Art Walk is kicking off of October 9, 2021, and work of 30 some artists will be on display in the windows of local businesses until Oct. 24, 2021. Thanks to Halo Studio, at 467 Main Street Melrose, MA 02176 for hosting 5 works of my art, which are on display to the public 24 hours a day! Thanks to you, the viewer, as well—perhaps you arrived here via the art walk or having scanned the QR code. I hope you enjoy these visual meditations on process and product.

About the Work and the Process:

My work hovers between surface and story. Growing out of life-drawing process, I express presence through color, and a sense of time through the history of accumulated line. My process has been inspired by post–abstract expressionism, using layered culture tokens and personal iconography to isolate a visual wavelength that fluctuates between the surface of material and depth of illusion, and between subjectivity and objectivity.

The work here is representative of two veins of work. I will try to explain a little bit about each here.

All of the 5 works found their departure in thinking about the End, and what happens beyond it. Recently, I exhibited a number of work in a selected body of work titled “END_PAINTINGS.” All of the paintings in the show had some dealing with the idea of the End. This idea was rooted in a quote of T. S. Eliot’s, from “Little Gidding,” Four Quartets (Gardners Books; Main edition, April 30, 2001) Originally published 1943. Towards the end of this poem T. S. Eliot wrote, “to make an end is to make a beginning. The end is where we start from.”

2019 felt like the end of a season, and 2021, a new vantage point by which to evaluate, fuse into orbit fragmented pieces of changing season, history, experience, and undulating memory. Quaratine was like the “underscore” in the title, during and out of which this thinking and painting happened. As the paintings in various forms dealt with “the end,” they also explored the space between the end and the beginning. They are in part a product of my quarantine labors to integrate past-present-future—painting as a means to live forward today in light of what is past; living as it were, “Between two waves of the sea.” The works included referenced Greek mythology, the middle near-eastern view through Biblical narrative, consumerist product culture, spirituality and worship. Two of the paintings from that exhibit are included here: Fan, and Coffee Maker (Under Construction).

Out of this larger guiding concept, emerged the two groups—the product paintings, or “Living Room” paintings (supersize household objects on mountaintops), and what i tentatively refere to as the “Metamorphos” paintings. Both groups began to ask two separate questions: “How is a creation created?” and “Where do our creations end?”

The Metamorphoo paintings were really an exploration of a painting methodology, where subsequent layers would always be applied in a certain order bathing 90% of the previous layer. Much of the initial dealing with paint was strictly in terms of color and transparency, while the direction and consistency of brushwork were also important. They began as black paintings, over which was layered red, semi-precious metal leaf (copper or silver), and then other colors—blue, yellow, red, and green in brushstrokes and powdered pigment that created and scattered the main form that emerged—in this case, a floating rock island of sorts. These works explore the physical process as narrative in and of itself, while it secondly deals with the natural content. As the title suggests, change is a process, and transformation is a reality which exists for newness simultaneously within the creature and as that power which is so far beyond the creation.

The Greek word metamorphoo is sometimes translated at “transform.” Which makes the venue–a salon–meaningful. But metamorphoo can also be translated as “transfigure” which implies a deeper change that emanates from within.

Again, I hope you enjoy these visual meditations on process and product.

T. S. Eliot said, “to make an end is to make a beginning. The end is where we start from.” 2019 felt like the end of a season and, 2021 a new vantage point by which to evaluate, fuse into orbit fragmented pieces of changing season, history, experience and memory. These works deal in various forms with “the end,” but also with the space between the end and the beginning. They are in part a product of the Adrian Johnston’s quarantine labors to integrate past-present-future—painting is a means to live forward today in light of what is past.

Posting paintings donated to a cause… 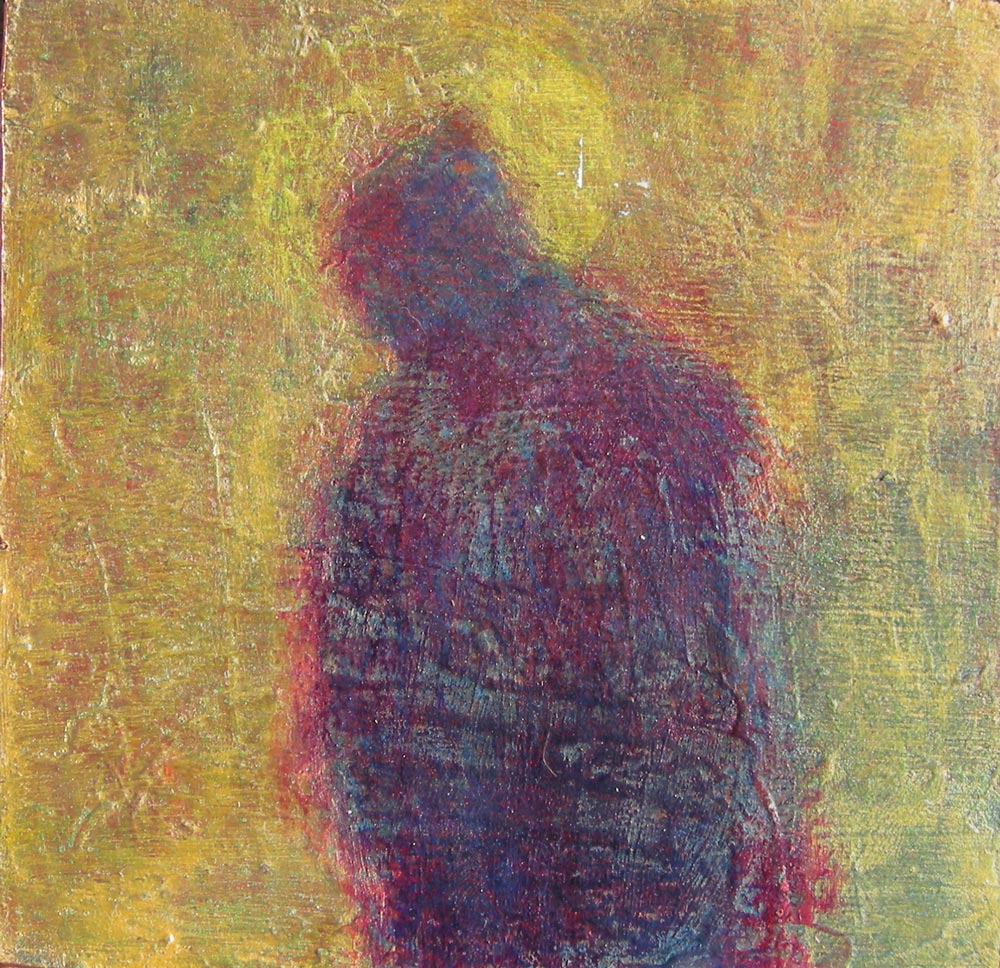 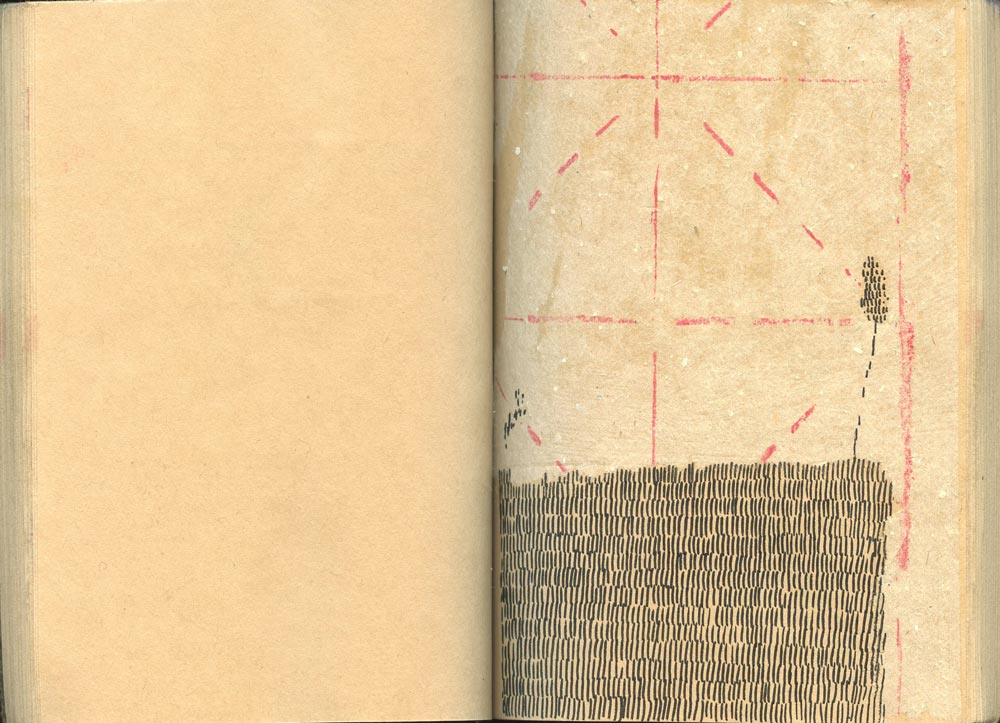 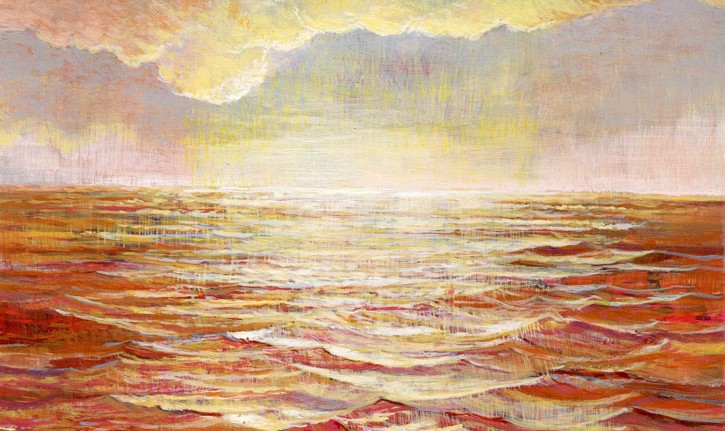 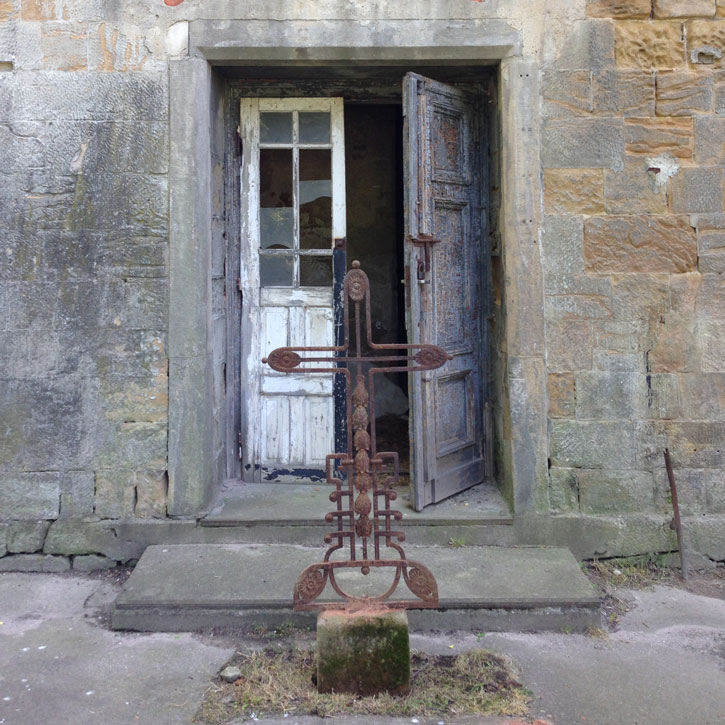 In Poland we were hosted by the Elim Christian Center, a restored palace, about 1500 years old, on beautiful grounds in the hills of Lwowek Slasik. We were given a book called “Dying Buildings, Living Stones” about the God’s work in Poland, and the ministry which takes place in this ancient building.

Next to the castle is an abandoned and crumbling three story building that was used by Nazi’s during WW2 as a mental hospital for the soon-to-be-insane. It now has trees and plant life growing throughout each floor. As the sun came through the mist one morning and shot throughout the architecture, it turned all the bricks blood red and brilliant orange.

In 2012, I did a show of paintings called “Living Stones” including many references to architectural forms both growing and falling apart, or else in the process of construction.  Being in Poland, and traversing those rotting floors and unweildy walls was like living in a fuller reality than I could have imagined–to walk in person through a crumbling mansion which was originally only images in my head.

See the paintings and drawings connected to this visit at http://adrianjohnston.kmov.org/adrian-johnston-artist-illustrator/living-stones/ 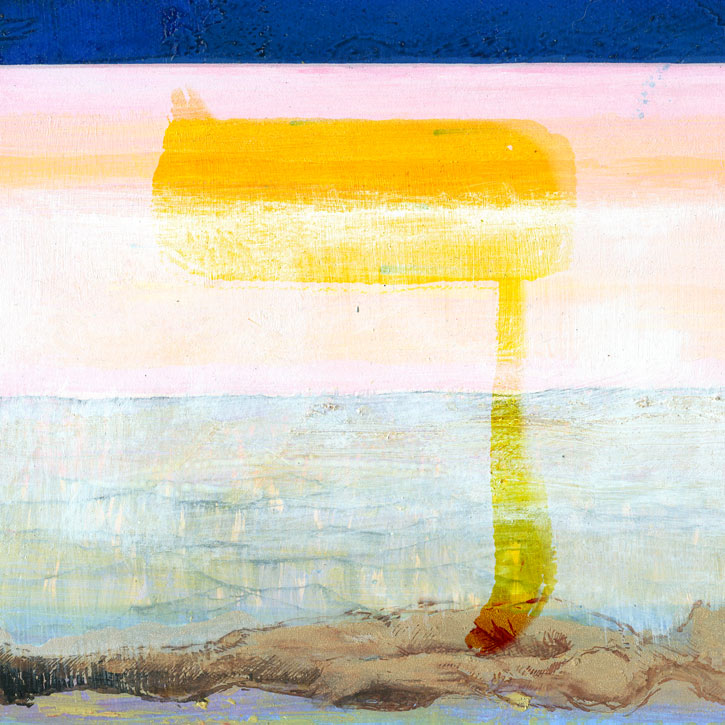 Artwork and typography of the Hebrew letter Daleth, and connected to the Project119 visual meditations on Psalm 119. A devotional response to the 8 verses which correspond with the letter Daleth:

[This psalm reminds us that all the complications of our flesh and blood, and all the elements within us, are originally dust.  Fearfully and wonderfully made…but just dust.

This psalm remind us that there is a season for being reminded that we are dust, and that the dust will receive us when we get there.

This psalm reminds us that day follows night, and life follows death, as the Scripture that tells us that by faith all that is was created and has its being and is created out of nothing by God’s Word.

This psalm reminds us of the nature of the Word: it revives.]

I told you of my ways, and you answered me;

teach me your laws.

Make me understand the way of your precepts,

and I will meditate on your wonders.

This is the portfolio site for Adrian, Painter & Illustrator, a subdomain of KMOV Studios

We are glad you are here, and would love to connect for any commission or collaboration ideas. Please leave a reply below, or visit the contact page.

Navigate the site through the map in the footer, and browse fine art, illustration, murals, sketchbooks, and more.